Excruciating pleasure with every bite

Experience all of fall wrapped up inside our latest seasonal menu. Inspired by the season, curated by our chefs. Jam packed with irresistible ingredients, our mouths are watering just talking about them. Only here for a limited time. Available as a burrito and bowl.

All Seasonal Creations Start With:

Not ready to feel the heat? Learn more >>

Order Now (If You Dare) 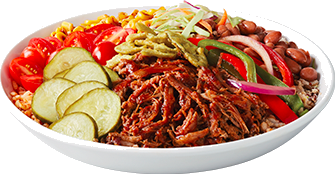 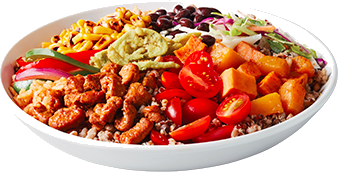 Select a nearby restaurant and check out. Curbside pick-up also available.*

Find a location near you

*At participating locations only

Not ready to feel the heat? Learn More

The Ghost Pepper Burrito is back!

Starting November 2nd, our guests will be able to experience our Ghost Pepper burrito as part of our Signature Menu - at least those who double-dog dare to try it!

Q: What is a ghost pepper?

A: A ghost pepper is one of the hottest peppers in the world. Only two other peppers are ranked higher. Much like its name, not only will this pepper's heat sneak up on you, it will eventually have you running in fear (for a glass of milk). The ghost pepper has a slow-building heat filled with suspense. It’s fun! Trust us.

Q: What is a Scoville?

A: The Scoville scale is a measurement of the spicy heat of a chili pepper. The more Scoville units a pepper has, the hotter it is.

Q: What is a Ghost Pepper burrito from Mucho Burrito?

There are two heat levels: Wimpy (not too spicy) and Hotter than Hell (why-did-I-do-this-to-myself spicy).

Q: How hot is the Ghost Pepper burrito?

However, this burrito isn’t just about heat, it also packs a ton of flavour. Flavour filled with fire and regret, but that still counts as flavour!

For comparison, if you find our hot salsa too spicy, then the Ghost Pepper burrito may not be for you. However, we recommend you try our Signature Smokin’ BBQ or Maple Chipotle.

Q: Can I have the Ghost Pepper in all three sizes of burrito or as a taco, quesadilla, or bowl?

A: The Ghost Pepper is only available as a burrito or bowl in two heat levels: Wimpy (not too spicy) and Hotter than Hell (why-did-I-do-this-to-myself spicy).

Q: Where is this offer available?

A: The Ghost Pepper burrito is available at stand-alone and food court Mucho Burrito locations across Canada. Order ahead online for in-store or curbside pick-up. You can also order through our delivery partners: SkipTheDishes, UberEats, DoorDash at select locations.

Q: Can I buy my own bottle of Mucho Burrito ghost pepper hot sauce?

A: Sadly, our ghost pepper hot sauce will only be available for your burritos and bowls and not for retail sale. But if you think about it, the Ghost Pepper burrito is kind of like a giant consumable bottle of hot sauce. That works, right?

The health and safety of our guests, employees and partners are top of mind. To learn more about the decisions being made by our company and the actions being taken amid concerns of the spread of COVID-19

Any cookies that may not be particularly necessary for the website to function and is used specifically to collect user personal data via analytics, ads, other embedded contents are termed as non-necessary cookies. It is mandatory to procure user consent prior to running these cookies on your website.